”a champion never lets natural talent get in the way of hard work.“

How many years should you work toward a goal before you really go for it and put it all on the line to see if today is your date with destiny? Life rarely sends clear signals in answer to that. I was going to find out with devastating clarity that 1984 was not it for me at the IRONMAN World Championship!

Earlier that summer my training partners had given me the nickname “The Grip”. It came on a group ride we were doing back in the days before aero bars. There invention was still about three years into the future. When it was time to get serious I’d go down in the drops on my handlebars and just take off.

My cycling had gone to a new level that year. Early in a long group ride in late February I hunkered down as low as I could get in the drops and started pushing. It was time for business. Someone yelled out “He’s got the Grip. Hold on!” This would be my weapon in Kona. “The Grip” would ride away from the field! Of course, I’d have to wait for the real day of reckoning in October, but I was sure I’d figured out how I was going to be the first person across the line at the Ironman.

One scant second separated me from Dave Scott out of the water. Now came the bike. The Grip was ready! This was my time, my year. I pushed early and pulled away from Scott more and more as the ride went on. I also felt like I’d held enough back for the marathon. The only guy faster on the bike was John Howard, an Ironman Champion himself and that year the best cyclist in the sport.

Dave Scott started the marathon over ten-minutes behind me. But then the battle shifted. With every step I could feel the fumes getting leaner and my momentum falling behind the pace I knew I needed to hold onto the lead.

Eventually I took my first steps. I was walking. There was absolutely nothing I could do about it. My legs were not responding. I could no longer run.

I was now in a battle just as intense as fighting for the championship. But my field of vision had shrunken down to the very smallest point of focus. I could only see one step then the next. Could I keep going? Should I just drop out? The ominous presence of Dave Scott closing in from the rear was like a pressure of thousands of pounds sitting on me. I’d blown it. You don’t win the IRONMAN World Championship against Dave Scott when you are walking on the marathon.

I didn’t really know what it was that I was fighting for anymore. I just fought on anyway. As the miles crept by, me walking then jogging then walking again, I was passed by Dave Scott and then three others. My fight was

This was clearly a potentially dangerous situation. I looked so bad that the medical team tried to pull me off the course at one point when I had stopped and was pouring buckets of water over my head in a vain attempt to regroup. But in that very small microscopic view of the world where the only real goal was to take another step I could see that if I could continue it had value, it had valor. A great victory on that day in that moment would be to overcome this 20% situation with 100% of what I had to give. It was messy. It was ugly. But in it was dignity.

I made it across the line in fifth that day, enough to be called up on stage at the awards the next evening. It was an acknowledgement. I was not the victor, but I did gain a victory over myself, over the part of me that wanted Ironman to be a nice tidy package with an outcome made from dreams.

I saw how all the preparation and great training in the world couldn’t immunize me from my frailties and impatience. I experienced challenges of epic proportions just to finish. I thought I had done what it took to win, but never imagined that even with so much training that I could be reduced to something akin to feeling like I was barely surviving, dangling from the roughest edge life could offer. I would come back, but it would not be easy. certainly not for victory. It was for self-dignity. I could drop out and no one would say a word but I had to keep going. 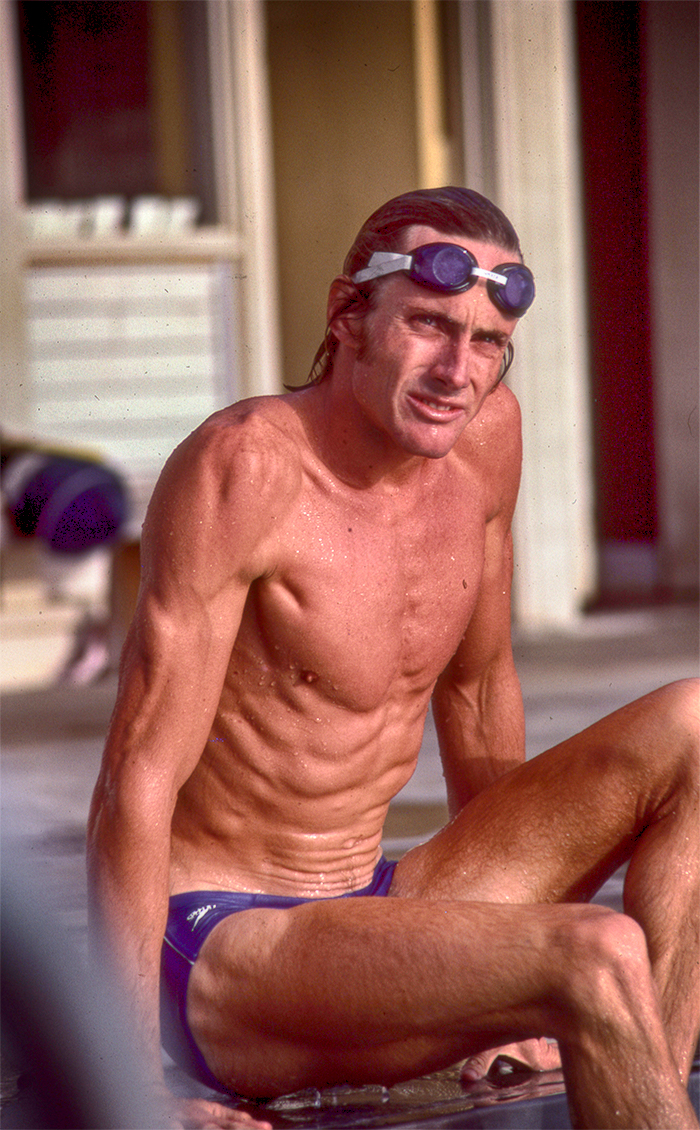