”A champion never lets natural talent get in the way of hard work.“

I was tired, really tired. The fatigue surfaced in the previous year’s Ironman. I won it, but my legs were like lead in the opening miles of the marathon and no way to explain it. Well, no explanation other than my body being exhausted and finally it was showing. Even after a few months of taking it easy post-season I wasn’t coming around. In fact, I was getting worse. In early January I made one of the toughest calls of my career. I would not start the IRONMAN World Championship in the fall.

This was a different year for me. My body was calling for rest, and training for an Ironman does not qualify Kona had been my landing point since 1982. It wouldn’t be this year. It was a difficult decision but one I made pretty quickly after the first few days back training in early winter. I could feel the exhaustion deep inside. It wasn’t just surface fatigue that could be corrected with an easy week. I could tell it would be a long haul to recharge and that maybe even a year without Hawaii as the focus wouldn’t be enough. There was another factor. My son had been born the previous November and I wanted to have time to be with him as much as I could that first year of his life. I wanted to put him at the top of the list of the things I’d put my energy and time into. Getting ready for Hawaii with a tired body would have dropped him way down in the string of priorities.

I competed that season but my results were way off. I just tried to do the best I could with low batteries. I raced Ironman Germany in the summer. It was not pretty. Just like to the opening miles of the marathon in Kona the year before my legs were as heavy as tree trunks the entire day. I could push for about a minute or two at a time on the bike then would just lose my power. The run was a plod the entire way. I finished way off the lead in 9th and only had the 14th fastest run split in the part of the race where I usually had the fastest leg of the day.

It was July 10th. The summer was half over and I was still struggling. My saving grace was going to be running a straight marathon in the fall. I’d chosen the Berlin Marathon because it was flat, fast and always had a deep field. No matter where I was I had a good chance of having a lot of people running the same pace.

I saw how impressive the day in Kona could be if I could shrug this all off and just go fully engaged willing The idea was to see if I could run under an Olympic Trial qualifying time. Berlin was in the window when you could qualify for the trials for the Atlanta Olympics. I was targeting a sub 2:20. I had no intention of running the Trials even if I qualified. It just seemed like a great goal knowing my main sport was still triathlons.

The strategy was to negative split the race. I had my intermediate targets all planned out. At 10k I was right on pace. At 20k I was about 15-seconds below the pace, at 21k a few more seconds under where I wanted to be and I was feeling really fluid and easy. It was time to negative split the second half. I picked it up.

Unfortunately, a mile later my legs turned to boards. They locked up and it was like I was running on sticks. They would barely bend. I hobbled through mile eighteen then pulled the plug. It was September. I’d taken the year easy, but it still wasn’t enough. The underlying fatigue was still there and something as small as running a couple of seconds faster per mile in the marathon flipped the switch.

My season was done with nothing to show for it at the races. I went to Kona a month later to watch the Ironman. It was the first time I’d been there as a spectator. I really liked it! The atmosphere is electric and I could enjoy it without the nerves. It was like taking off the blinders and seeing the whole picture for the first time. Ironman was growing. It was still part adventure but also the business side was expanding. Lots of people were trying to capitalize on the Ironman mystic.

What seeped through everything was the energy of the Island itself. It was the heart of what made the Ironman in Hawaii amazing. It was powerful and palpable. It was the energy of the people of Hawaii that made the race what it was also. It was their culture and 1,500 year history of Aloha that gave it such life. The Ironman in any other place would never have grown to be what it was without those precious influences.

I saw the athletes in a different light as well. Some were oblivious to the Island, its people and the spirit of the race. But for those who felt it, they had a glow. Every athlete competing had some nervousness though. They were all trying to solve the problems they’d run into on race day. But in reality few if any of those things would happen to them. Most likely the biggest thing that they’d need to manage was something they hadn’t even considered. Their anxiousness was wasted energy. 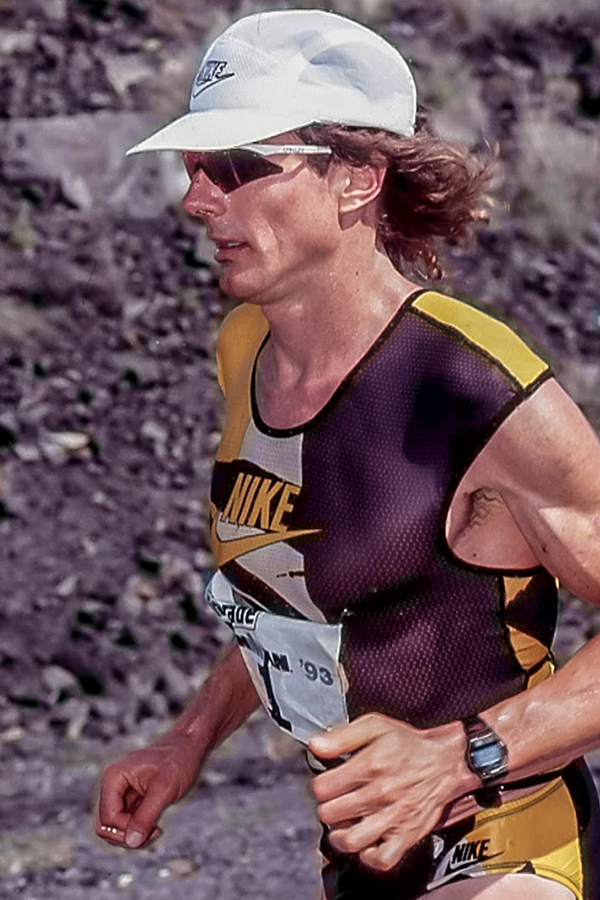 Having a chance to observe and absorb the race from a new vantage point helped me take a deep breath and relax. I’d been one of those nervous folks trying to figure out Ironman in the days before the race. But it wouldn’t be until race day that anyone could have any influence over the things that would indeed present themselves. I was hoping to be back the following year. And if I were I’d take extra time to connect with the Island. I’d take a few more deep breaths and be patient. I’d have more than enough time on race day to figure it all out!